Pre-historic Native Americans were the first inhabitants of Ash Hollow. Like those that followed them, they found refuge in the cool springs. They used Ash trees to repair the travois and tepee poles, as they hunted the buffalo that migrated through this area. Inhabiting tribes were the Cheyenne, Lakota Sioux and Pawnee. On September 3, 1855, Colonel William S. Harney and his troop of cavalry attacked, two Lakota villages. One of forty Sicangu (Brule) lodges, and another village a few miles north including eleven Oglala lodges. Also camped along Blue Water during the assault, were Miniconjou Sioux and Cheyenne.

The attack was provoked in response to the Native American skirmish that killed thirty men under Lt. John Gratton’s command the previous year at Fort Laramie. The Harney assault on the three hundred Native Americans, whom were led by Chief Little Thunder, occurred on Blue Creek, nine miles northwest of Ash Hollow, resulted in the death of eighty six Native Americans, and the capture of seventy women and children. Chief Little Thunder survived the assault. Many of his descendants presenting here, are the great-great grandchildren of this Chief. The Harney assault is considered to be the first Sioux Wars.

A topographer, Lt. G. K. Warren, assigned to General Harney, during this time, was instructed to gather belongings left on the massacre site and take them to Ft Laramie. He later sent numerous items to the east coast where they eventually came to rest at the Smithsonian’s National Museum of Natural History. Seven artifacts from what is known as the Warren Collection are on Exhibit at the Ash Hollow Visitors Center on the top of the canyon. It is a great honor to be given the loan of these sacred items back to Nebraska, and to acknowledge this sad history. Curator Kim Cullen Cobb, from the National Museum of Natural History, is here to accompany the exhibit along with descendants of Chief Little Thunder who share will their family history. 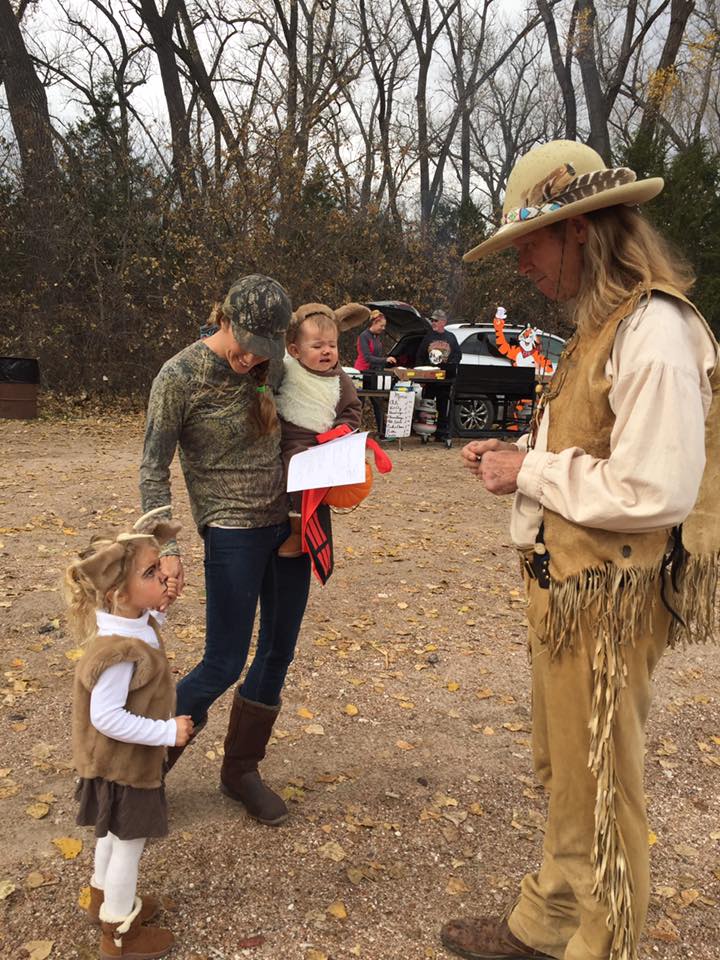